Jo and Dave sat out this walk, so we took Lilly around with us.  After clearing up extra Wainwrights a couple of days earlier, we had two peaks left in this area - Pillar and Black Crag.  I had thoughts of heading up the steep path between them, but after the previous day was in no mind to take risks, so we headed up the longer route to Black Sail Pass and then along the ridge.  I had hoped to get up Kirk Fell or Great Gable in the sunshine, but sadly that wasn't to be.

We parked at Wasdale Head car park, leaving our NT membership card visible in the windscreen, but it wasn't clear this was needed. 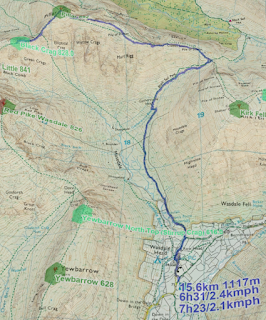 Isabelle posing by the bridge - the path was on this side of the stream, but it makes a good picture.  In the distance you can see Black Crag at the left and Pillar in the middle of the far ridge. 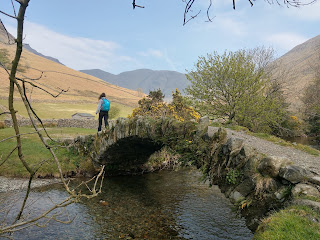 On the route up to Pillar, looking back at the Black Sail Pass and Kirk Fell beyond. 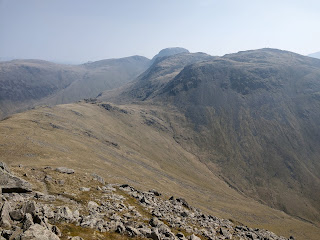 Quite a spectacular spot for lunch.  The view was very hazy looking towards the lake and Scafell. 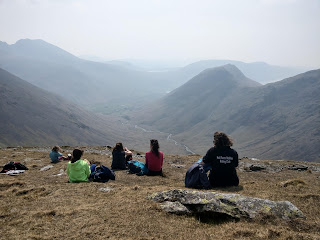 Pillar from the side isn't quite as gentle as you might think. 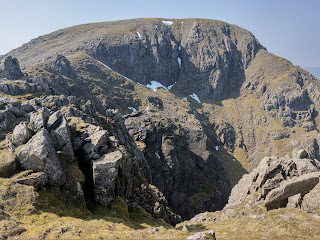 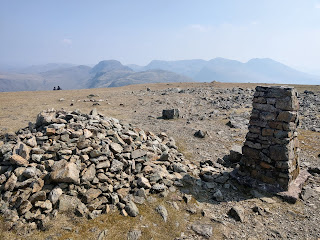 At this point I wanted to get to Black Crag - it's a Hewitt rather than a Wainwright, but as it's marked on my map I'd like to tick it off.  It meant going down from Pillar, past the top of the screen path that we avoided taking, and then back up to Black Crag. 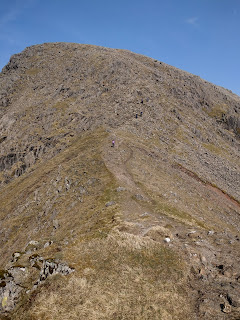 Isabelle at Black Crag, looking over towards Ennerdale. 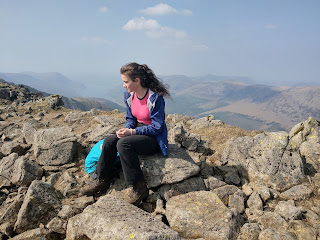 From Black Crag, looking towards Yewbarrow and Wastwater. 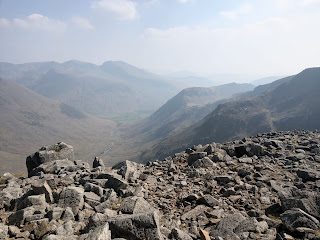 Panorama shot from the ridge, Kirk Fell on the left and Yewbarrow on the right going up to Red Pike just out of shot on the far right.  Scafell and Scafell Pike in the middle.

On getting back down to Black Sail Pass, we saw some a bunch of cyclists with very different levels of enthusiasm (one offered to sell us their bike, one was encouraging the others with some great flowery language).  Caroline was determined to do Kirk Fell as well, so had headed up the path, but the children stopped by this cairn and refused to go further. 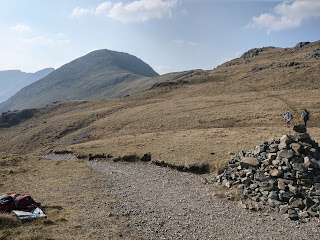 We had a delightful standoff for about 20min, before we eventually headed back down the path. 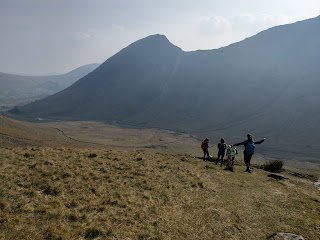 Finally at the valley floor again.  A pity not to do more peaks, although with Scafell Pike on the cards for tomorrow it was perhaps better to conserve a little more energy. 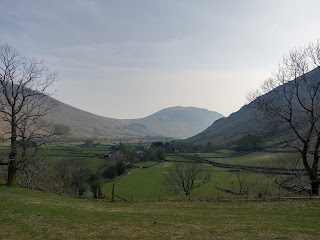