I made this cake for Isabelle's 10th birthday.

Two cakes to start with, one will go on top of the other one. 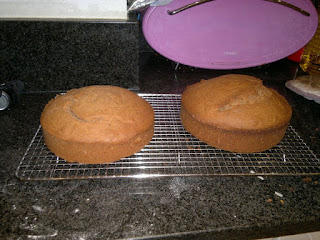 Now shaped, and a lot of cake cut off. 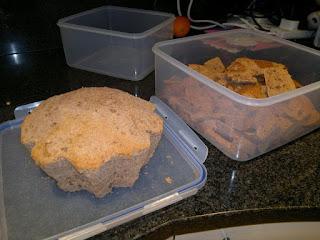 Half way through the butter icing, stopping to make another batch.  The cake is upsidedown at this point, so wider at the bottom, and on something like a tin of food on a plate, so that it would turn around easily and could be lifted off. 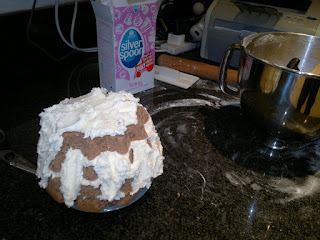 Finally done with the butter icing. 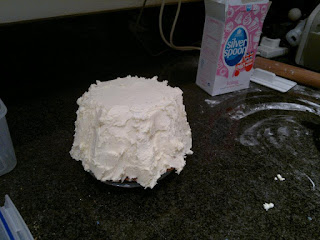 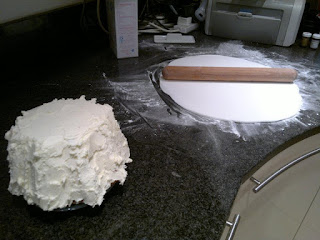 Now on the cake, starting to see the folds in the sides. 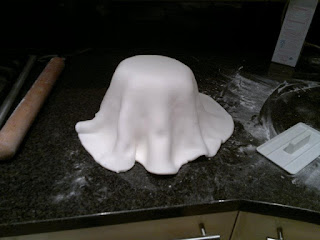 Given I wanted to turn this upside down, the icing had to be fairly thick to keep it's shape.  I probably could have made it thinner, but didn't want to risk it.  I cut the bottom off the icing, and then had the moment of truth. 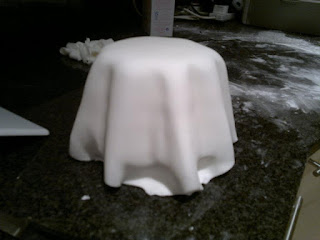 Yes!  Didn't immediately collapse.  In fact it was pretty solid.  The base was just covered with blue roll out icing. 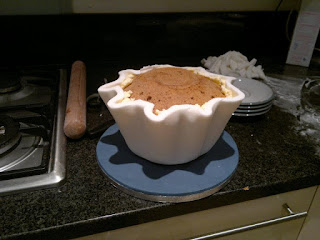 Added more buttercream to the top, just to hide the actual cake. 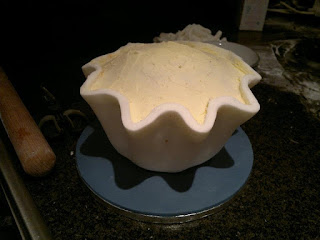 And then more buttercream.  I went for two layers so that the yellow butter cream looks like the cake inside the case, with the actual icing in red at the top.  I had a flower plunger cutter to make the shapes which were stuck on with edible glue. 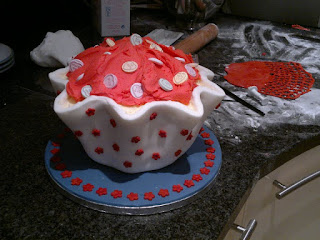