I made this cake for Jonas, my godson, for his 3rd birthday.

I haven't saved any notes from making this cake, hopefully the pictures are enough of a guide.  First make two colours of cake mixture, putting one in the tin first then stirring the other on top. 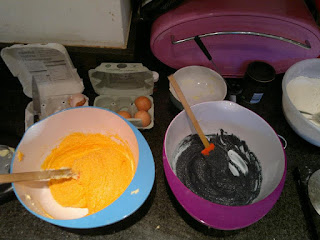 I was trying to get tiger stripes inside the cake, but didn't stir it in enough to get the real effect, I would have done this differently next time, maybe adding the cake mixture in turns, overlapping each other diagonally. 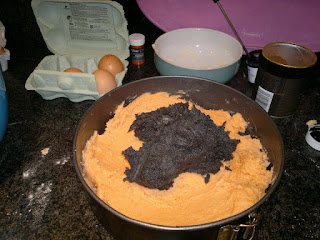 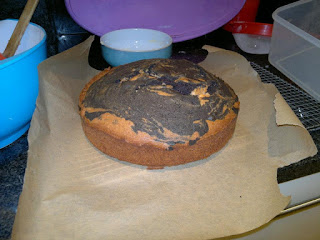 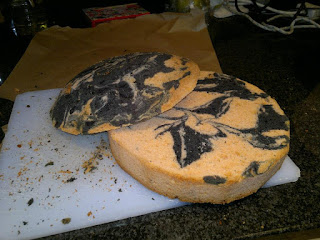 I think the buttercream was all orange, given the other pictures, but the colour balance on this picture was all wrong...  There was initially 1kg of buttercream, and I needed to stop to make some more. 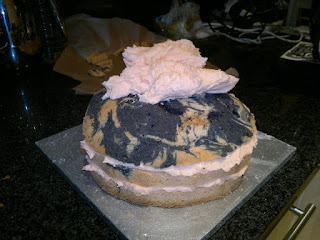 Using some of the cake off cuts to make ears. 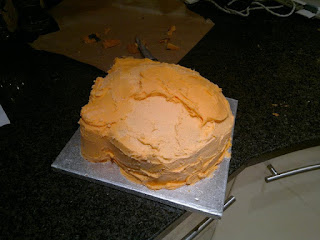 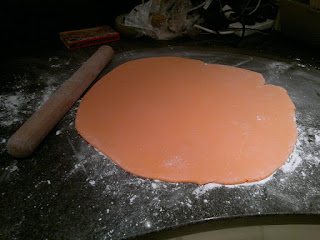 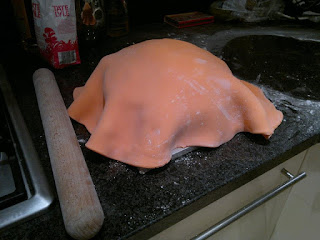 Smooth down, cutting some of the edges off to make the smoothing easier, before removing the remainder of the off cuts. 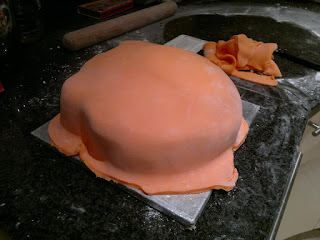 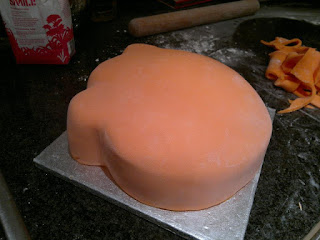 Then rolling out some white fondant, cutting to shapes and sticking down with edible glue. 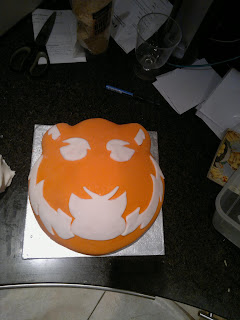 I made a bunch of black icing and then piped the pattern on top.  Eating black icing will give you a purple tongue... 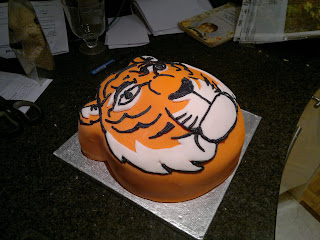 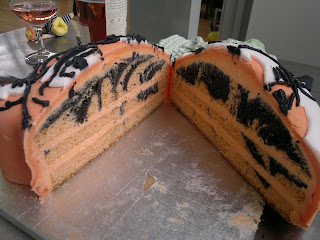