The Steep Approach to Mellbreak

The forecast was a wet start but clearing later.  It was another walk where I perhaps wasn't as direct as I could have been about the route we were taking, to avoid any doubts creeping in before we were committed to the first steep climb.


We set off from the same car park as a few days earlier, this time heading into the village before striking out past fields and into the hill side. 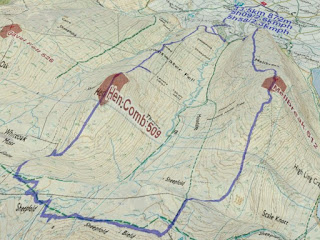 We could see Mellbreak looming out of the clouds, and that steep climb up the end of the ridge. 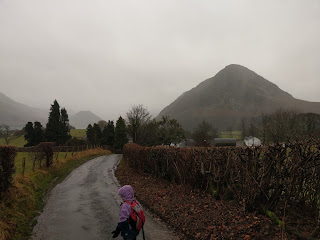 I think Poppy had the easiest time of it on the loose rock, she was just too light to disturb the surface.  I did have to rescue Caroline though, after following the wrong mountain goat like child up the route. 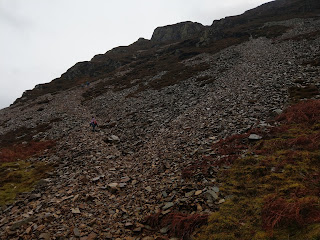 Made it to the top, along the ridge, and up to Mellbreak.  We were rewarded with strong winds and heavy rain fall. 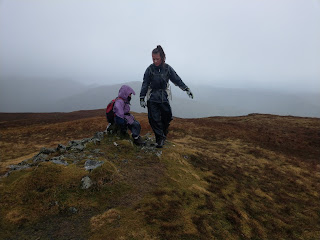 Still, coming down out of the clouds did get some nice views over Crummock Water.

Now at the far end, we stopped for lunch.  It wasn't raining much by then, we just had to cope with a very soggy path and crossing a stream.  We did the usual job of Grace jumping over first, and then the two of us helping Poppy to cross.  This time we didn't quite coordinate - Poppy held Grace's hand, jumped, I didn't think she would make it so held on, Poppy landed in the stream... Swiftly pulled out but quite soggy and upset.  We managed it the second time. 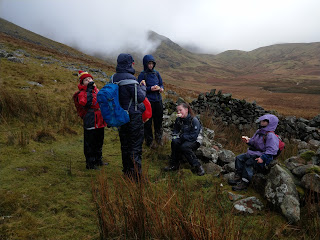 Now at the top of Hen Comb, admiring the views. 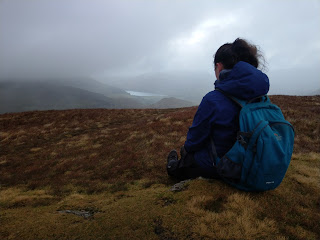 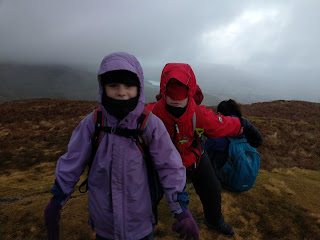 We headed down the obvious path, getting to the wall at the bottom of the fell. 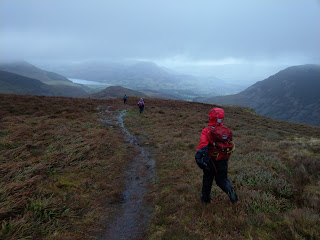 Interesting 'basic' style here to cross over.  We carried on one the intended route which crossed over Mosedale Beck before rejoining our outward track.  However there was a conspicuous absence of any type of crossing, and the beck was too wide to try and cross.  At this point we climbed back up and headed north, following the path through woods to Mill Hill farm buildings.  It was quite a direct way back to the car park, but I don't believe it is a public right of way, so we just stuck to farm tracks and paths and made sure that we stayed well clear of the sheep in the field.  Not the ideal end to a walk, but hopefully minimal impact.  I wouldn't advise following the same route, unless there is now a crossing over Mosedale Beck. 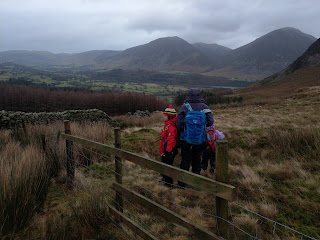