Catbells in the rain

The first day of the trip wasn't very promising, with lots of rain forecast.  We thought a simple (and short) introduction was called for, so Catbells was the ideal target.  Despite Evie's protests the previous time she had done Catbells most of the climbing was in the carrier, so she couldn't claim that.  So this was a first for Evie and Poppy.  We drove the few miles from the house and parked on the 'on road' car park at the foot of the ridge. 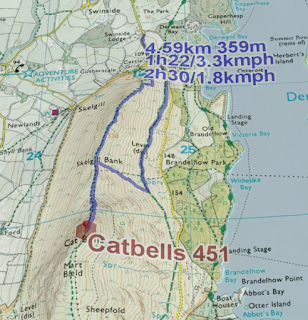 It was pretty wet and windy unless you had some shelter from the hill.  This was after we had made it to the top, and (much to Caroline's disgust) I had made a call to turn back.  The wind was from the south, so there was some shelter on this path, but onwards from Catbells would have hit the worst of it. 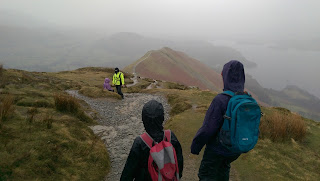 This was taken from the same place, looking back up the path to Caroline descending.  It was quite wet... 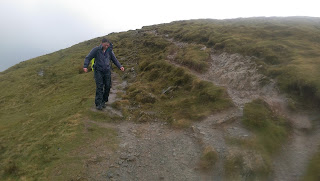