The day Evie didn't get to do Skiddaw

It dawned a lovely day, so I was keen to do quite an ambitious walk from the house.  I was thinking of going out with just Isabelle and Grace, but Caroline was adamant that we all should go along, and if Evie was struggling then she could always turn back with Caroline.  Of course, after we all set off it was all about Evie management - judging the right amount of knowledge about the future (motivation to climb mountains like her big sisters) and the the right amount of ignorance about the route (to the point of flat out denying that we were really heading up there).  We ended up getting back a bit late, but at least there wasn't a drive home and it really was a day well spent.

We set off from the house, a short amount of road walking, then off road paths until we reached the start of the fell proper.  Well, until the map changed colour at least. 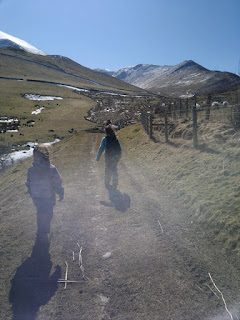 Stopping for lunch, there wasn't much shelter, but the views make up for that. 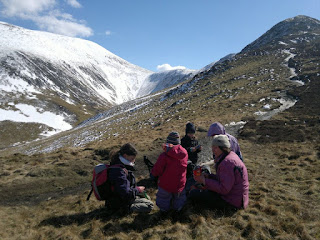 Looking north, back the way we had come - up the ridge snaking off to the right. 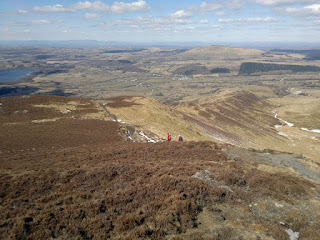 Evie at the top of Ullock Pike, this walk mainly involved Evie repeatedly breaking her record for her highest Wainwright. 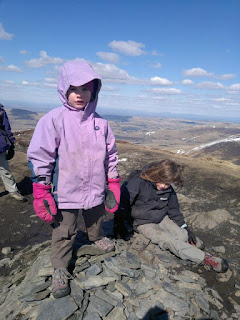 Isabelle, with the route to come up the ridge towards Long Side. 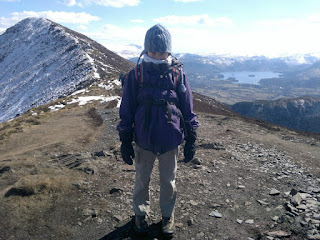 I did all the uphill with Poppy that day, a great way to slow me down to the pace of my children... 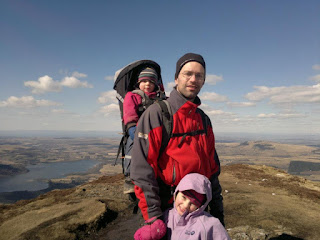 Evie at Long Side.  You can see the path up to Skiddaw over Evie's shoulder towards the top left, we watched many people have real problems getting either up or down on their feet, so decided that this wasn't going to be the day to do Skiddaw.  Very much the right decision. 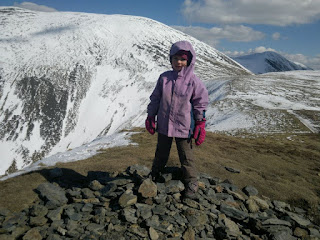 The walk across to Carl Side. 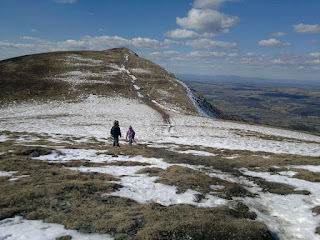 Grace really wasn't keen on yet more photos, so the Carl Side cairn stands unloved. 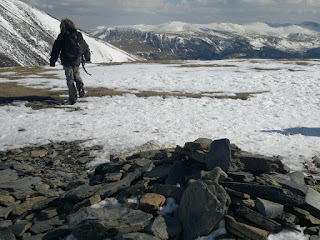 There really was a path this way, going down in the direction of Derwent Water.  It was one of those paths that you only know you are on by looking back up the hill. 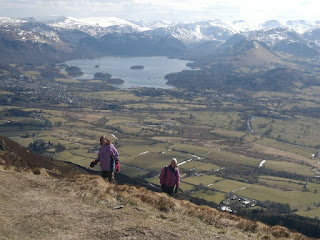 Quite stunning views across to Bassenthwaite. 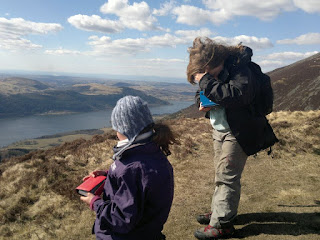 We decided that trying to do Dodd Skiddaw on the same walk would really be a step too far, so we took the more direct route back north west through the forest.  Even Poppy got to do some walking. 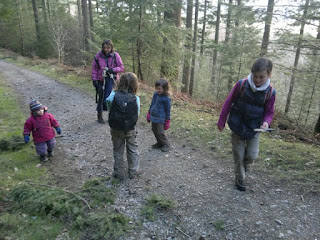 Still, lots of time for songs in a rare outbreak of harmony amongst our children.  It most frequently happens once all of them actually believe that we're finally on the home stretch. 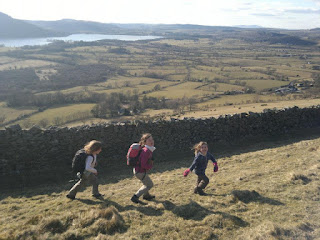