One of the Guardian's top 10 walks was up Castle Crag, the lowest of the Wainwrights, a pimple at the bottom of the valley.  We took that walk and added a slight detour at the end, lost the actual path but just about made it back for tea.

We parked at the car park on the road that winds its way through Borrowdale Valley, and set off crossing the River Derwent and then heading south to Castle Crag.

Poppy even proved that her legs worked and was up to some close encounters of the woolly kind. 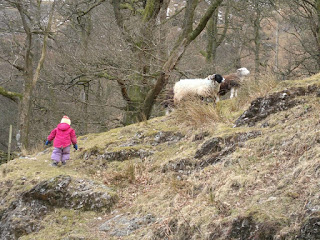 Castle Crag itself is largely a disused slate mine, so Evie was at least mildly interested in the scrambling up to the top.  She complained that it wasn't hard enough.  Looking back now, 4 years later, she really hasn't changed. 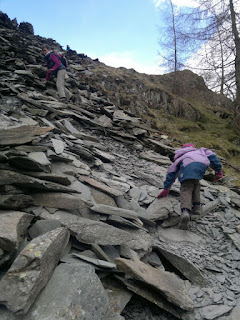 Caroline admiring the views from the top of Castle Crag. 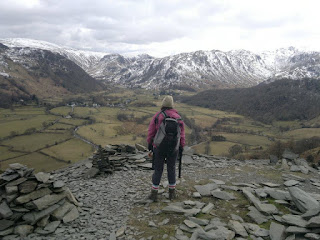 Now back down to the valley floor, time for a quick photo stop for some lambs.. ..or of each other 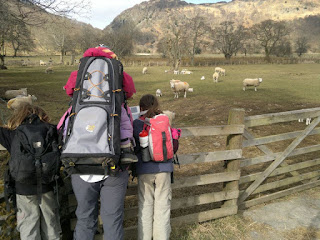 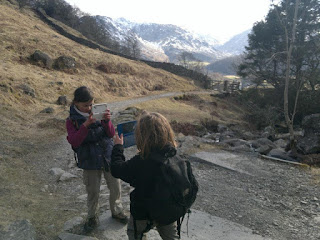 Now at the top of Grange Fell, the target for our detour on the end of this recommended walk. 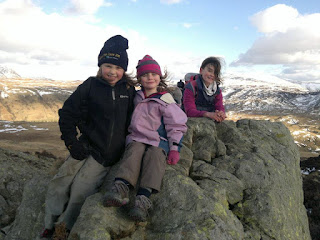 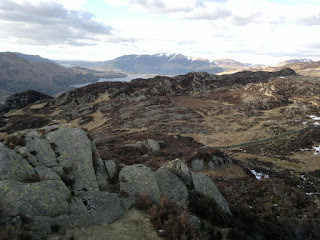 The way up was very straightforward, but I'm not so sure about our way down.  I recall at points being convinced that we should have been on the other side of that wall, and then later thinking I was wrong, but anyhow. 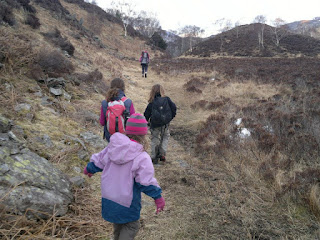 The path back down turned into one of those common 'is it a path, or is it a stream' type numbers, but with the added bonus that the stream had frozen, so it was quite slow going.  Kudos for Caroline who carried Poppy for a good stretch down here. 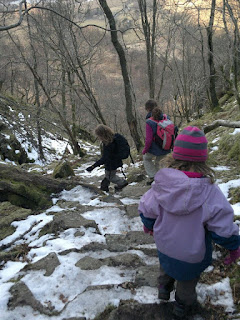 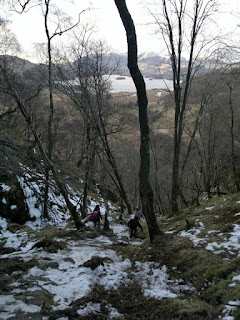