The weather was much nicer, but after the fun of the day before and given we were travelling back south later in the day we didn't want to plan another massive walk.  So we picked potentially a short walk that was near the house, the northern peak of Binsey.  Throughout the week we were motivating Evie by the thought of climbing more 'mountains' but today would belong to Poppy, climbing her first 'mountain' at the age of 2 years 8 months and 2 days.

There was a fairly obvious place to leave the car - only space for a few cars, but hardly the most popular climb.  We saw a few other brave souls.

We didn't really intend for Poppy to make it all the way herself, and had planned to put her in the carrier when she got tired.  However, she kept going, just about. 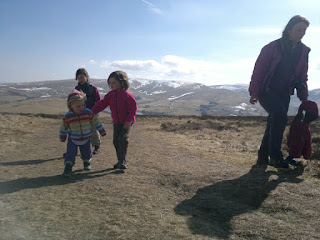 Her sisters really helped - mainly by playing the dog game, that had been going on all week.  Poppy was the dog, and would go and fetch her stick.  By throwing the stick a little up the hill, we slowly advanced upwards. 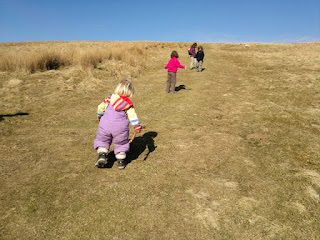 Stopping for quite a few rests on the way up. 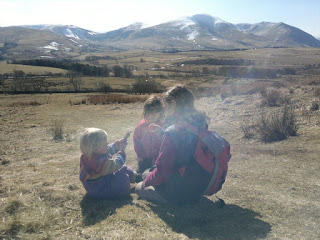 And finally at the top!  Enjoying a well earned drink, with Grace looking down from on high. 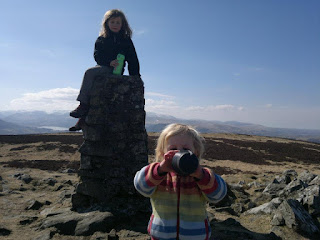 Isabelle, with the view back towards the lakes. 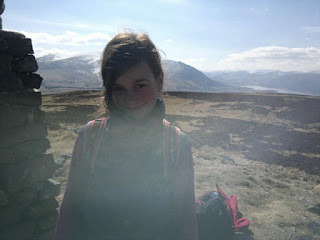 Evie very pleased with herself. 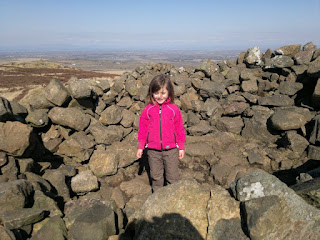 Caroline and finally myself.  Poppy made it all the way down as well, although that was slightly easier going. 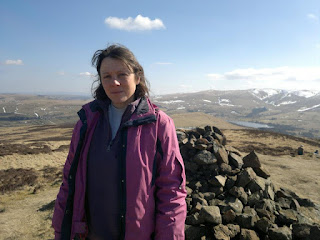 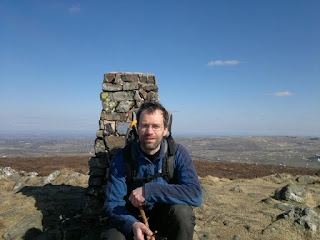