So the forecast was some rain in the afternoon, but I was hoping that by the time we got to the group of peaks it would have cleared.  Best laid plans...  Still, it was another walk from the house, going up the path onto the fell side. 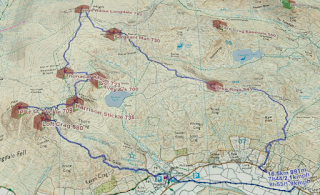 So first up Blea Rigg, conquered the day before, but en-route to Sergeant Man. 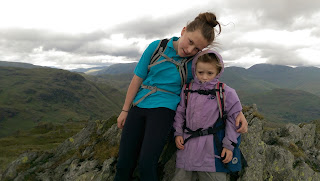 The morning was nice, warm and sunny. 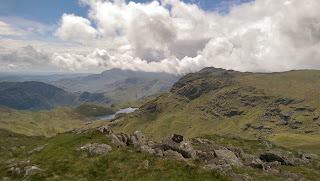 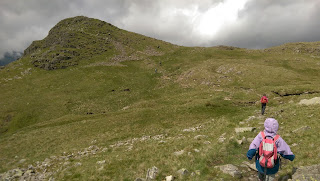 Now at the top of Sergeant Man, the last steep climb up on this walk. 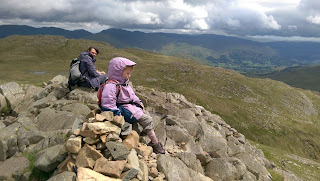 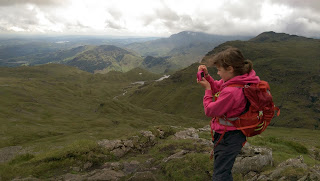 And now all the way to High Raise.  A little wet underfoot, but much less soggy than when Caroline and I had walked up here before.  With the wind direction most of the walk up the gradual slope was in shelter, but once at the top there was a very strong wind.  We took cover in the walled shelter at the top and had lunch. 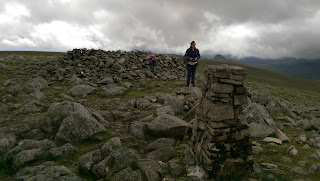 Now along to Thunacar Knott, and it was starting to rain. 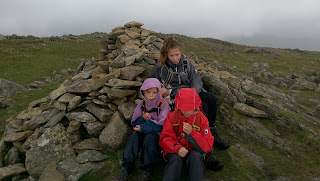 Across to Pavey Arc, and the rain was only getting worse, with only occasional glimpses down the valley. 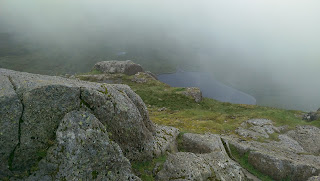 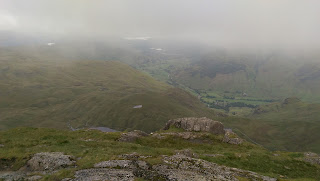 A fairly easy climb up to Harrison Stickle, and it was really raining hard. 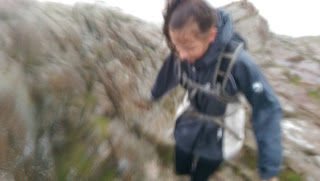 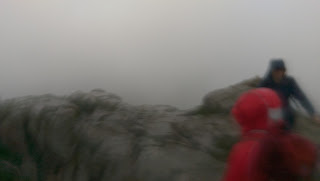 Quite a hard walk down to the bottom of the bowl and up again to Pike of Stickle - at this point Evie was really not having fun, and Poppy was soaked through as well.  Evie had not wanted her waterproof trousers on when it started to rain, and Poppy's weren't actually that waterproof, so it wasn't too surprising.  A pity, since scrambling up Pike of Stickle was something I hoped both of them would have enjoyed.  Caroline at least was having fun. 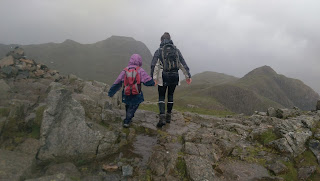 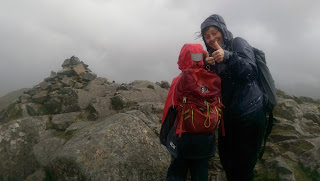 Getting down was a team exercise. 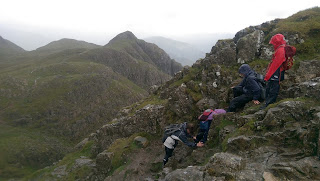 Finally onto the final peak of the day, Loft Crag. 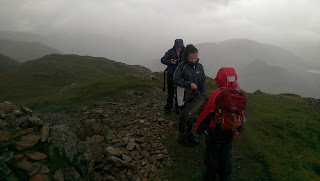 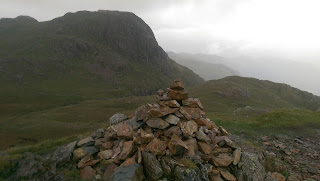 The view across to Pike of Stickle.  The weather was improving a little by now. 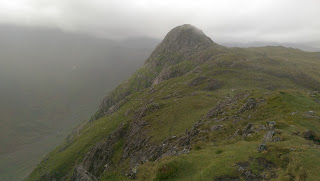 By the time we were down it had brightened up quite a bit.  We took the opportunity to start to dry out... 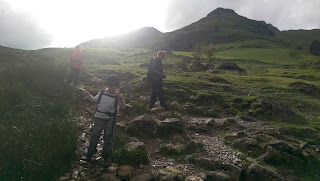 And finally the walk back to the house was lovely - the Langdale valley bathed in beautiful low sunshine. 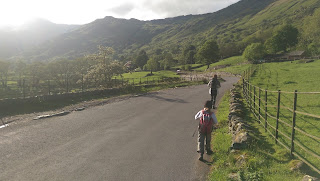 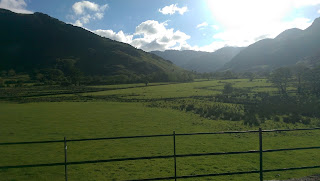