We took the luxury of driving down the lake to park at Gatesgarth Farm, to save on the walk there and back, although Caroline and Isabelle decided to do the walk back while the rest of us took the car.  Grace was on navigation duty, which wasn't trivial due to the low cloud over the peaks.

We headed across the end of the lake and then up to Scarth Gap, before climbing to Haystacks. 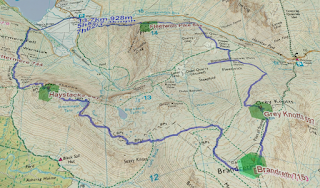 From the end of the lake we could see the tops free of cloud, although that wasn't to last.  Fleetwith Pike on the left, Haystacks right of centre.

And looking the other way, back towards Buttermere, Melbreak left of centre and Ranerdale Knotts right of centre. 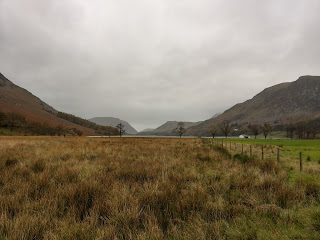 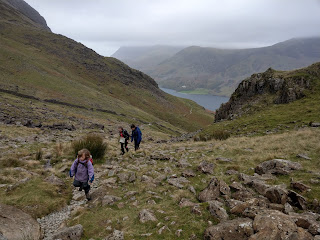 Last view of the lakes before we headed too far up into the cloud. 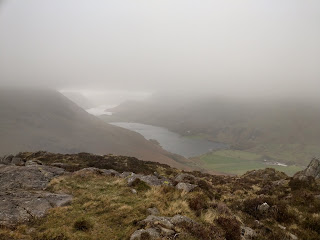 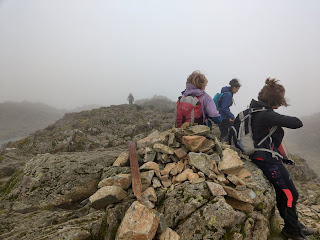 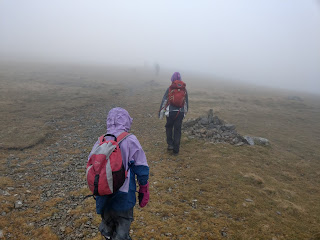 However, we got there, only hampered by not being a clear top and my phone malfunctioning due to water damage, so checking we were actually at the right place was kind of hard. 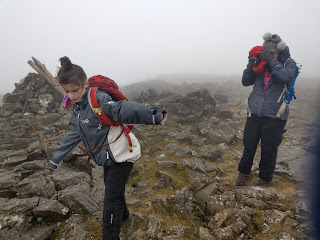 And then to Grey Knotts.  Not much to see. 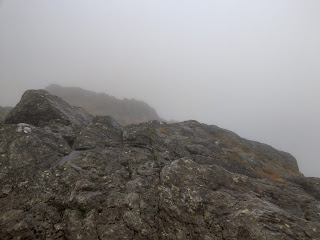 Finally, through a slight diversion or two heading to Honister Slate Mine, and then down the tramway a little too much, to Fleetwith Pike. 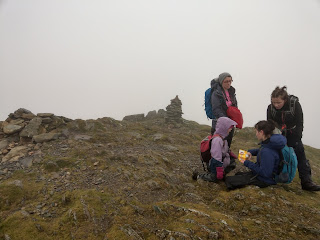 As ever these pictures don't do the descent justice - it was very steep and slightly scary disappearing into the cloud. 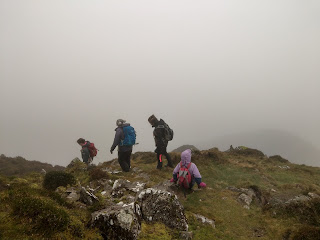 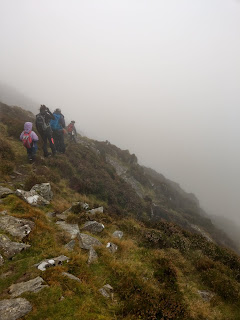 Finally the lake appeared out of the cloud. 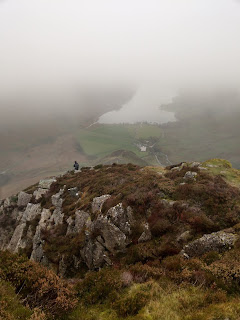 Grace decided it was a great photo opportunity to go ahead and get me to take her picture.  Can you see her? 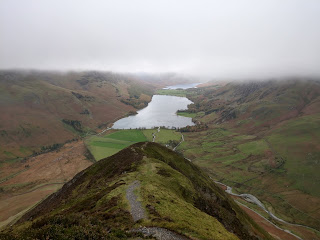 The rest of the kids decided that was such a great idea they went ahead too, while we were still waiting for Caroline to finish the last steep bit, so here are all of them.  Nice, isn't it? 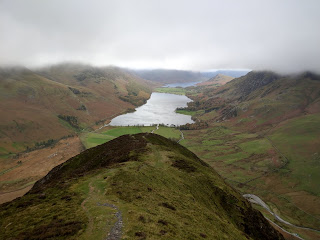 Evie was very keen on me taking a shot of the meandering river, although not so keen that her sisters were in the same shot. 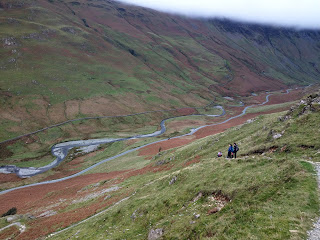