After packing up and leaving the house, we over-ruled some objections from the children to fit in another walk.  We picked an isolated peak that we hadn't climbed before, that had a suitable length walk.  According to Evie a suitable length walk would have been far shorter, so for the majority of this walk I led the way with Poppy, and Evie trailed as far back as we would let her be.


We parked at Hardknott Castle, crossing the road and walking downhill straight away until we picked up the path which skirted around the far side of Harter Fell, before making our way up to the top. 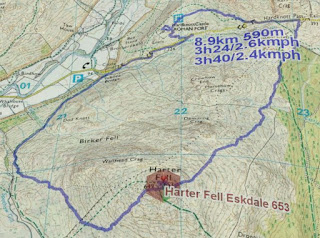 Crossing the river shortly after leaving the road and starting to regain the height we'd lost from the car park. 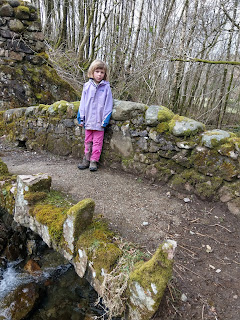 Most of the way to the top, looking back south west towards Green Crag. 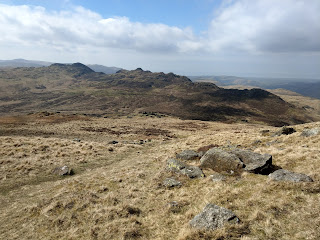 Poppy at the Wainwright peak. 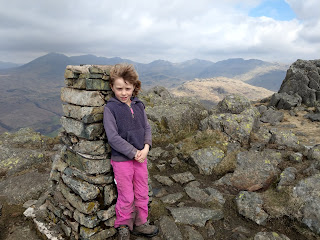 We then moved onto the Hewitt, looking back towards the Wainwright with Grace catching us up. 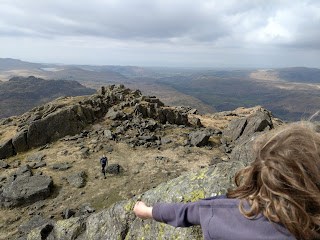 From the Hewitt, looking north towards Hardknott  and beyond that the Langdale peaks.

Caroline and Evie catch up and have some lunch on the rocks below the peak. 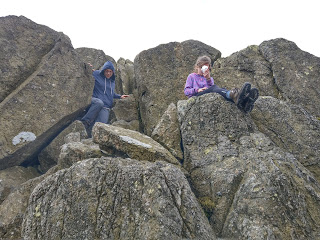 Finally back to Hardknott Castle for wander around before getting back in the car and heading south, homeward bound. 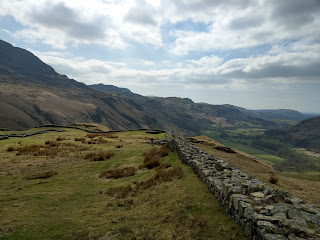