We drove up to the lakes from Birmingham, slowed by traffic it took around 5 hours, so we debated which walk to do.  We ended up going to Penrith and down to find off-road parking just north of Aira Force.  Great & Little Mell were the targets.  Less popular and relatively isolated, it was a gentle introduction to the week, at 10.8km in just under 3 hours.  Here are the peaks: 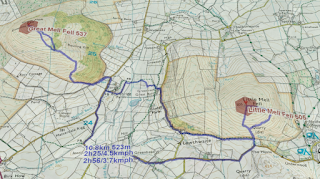 About 5 minutes into the walk along the road the long drive seemed worth it.  We found the track up just below the trees, ignoring the first style and taking the second just beyond the tree line. 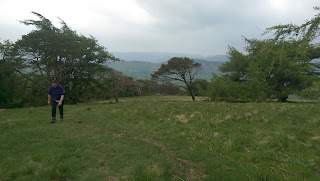 It was a fairly easy walk up through scattered trees to the top. 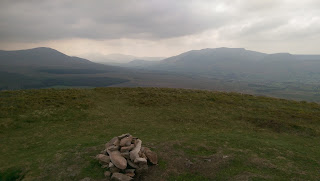 Okay, so not the most impressive, but really good to get a great view.  We then walked down, before finding the path next to Brownrigg Farm, where Caroline made friends with a very sociable lamb.  We just about managed to trace the path up to Greenrow before going around the base of Little Mell Fell.  At this point we came across a couple who had stopped their mountain bike ride to have a glass of bubbly.  Turns out he had just proposed - we didn't dare ask whether she had said yes, but given the smiles and laughter I'm guessing it all turned out okay. 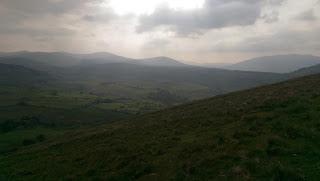 Going up Little Mell I was hopeful of a view over Ullswater, but it turns out the peak is just too flat to get a good view.  There was a least a decent pile to mark the top! 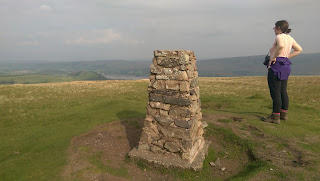 Going down Caroline stopped to take more photos - an ongoing theme to the weekend, before we returned to the car. 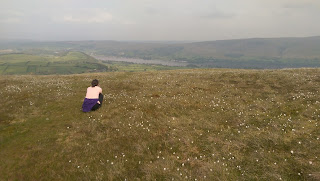 We drove towards the Drunken Duck via Glenridding and over the Kirkstone pass, but before leaving Ullswater we stopped for the great view. 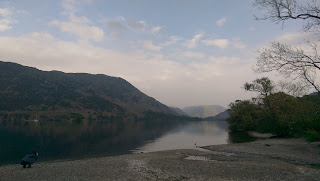 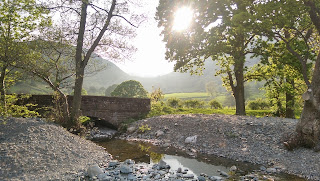 All in all a great shorter walk, it might have been nice to capture Gowbarrow Fell, but that would have added quite a few miles and we just didn't have the time.  Still, that's in reach from Aira Force, so I can see going back there with the kids and doing Gowbarrow from there.
Posted by mcshane at 18:30