We never meant to go to Helvellyn

The plan for this walk to do the ridge north of Helvellyn. We parked at the car park at the north end of Thirlmere, after driving up from the Drunken Duck following a hearty breakfast.  I love breakfast at the Duck! 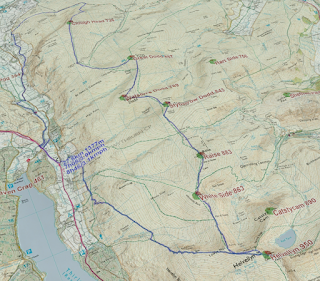 We started with a longish walk north, along the valley, a great way to get some miles down on the flat for a change. 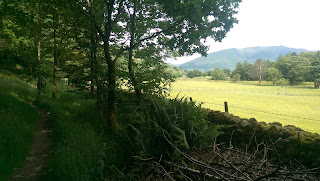 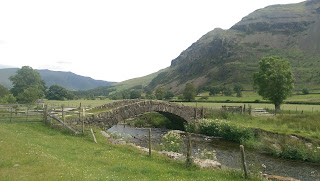 After around the head of the ridge, we found the fairly obvious path going up, which brought us up to Clough Head.  This photo is looking north, towards Kewsick with Derwent Water on the left and Bassenthwaite in the center. 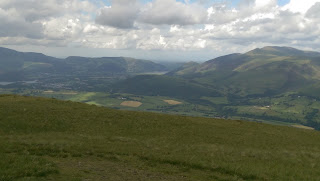 My lovely wife at the top of Clough Head. 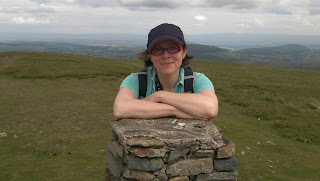 Moving south down the ridge it took less than an hour to make the 3km to Great Dodd, where we met a group of people obviously doing some kind of extended expedition or orienteering - still, they took a rare picture of both of us. 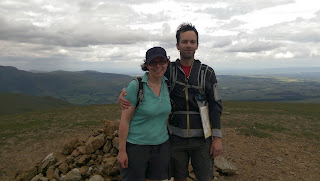 Following the path south we got to Watson's Dodd. 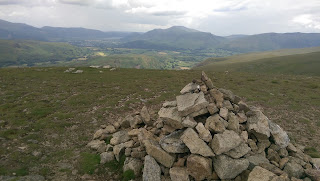 The next was Stybarrow Dodd.   Just beyond this was the first point (Sticks Pass) that we could sensibly turn back home, but the weather (after a very promising early morning) hadn't deteriorated that badly, so we were keen to complete the walk and turn back after getting to White Side. 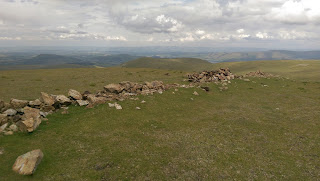 Going further down the ridge, and quite a bit higher, is Raise.  This picture is looking east towards Ullswater, 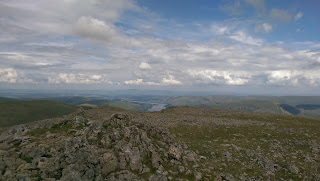 This is another picture from Raise, but looking at the path up the ridge towards Lower Man, with Helvellyn to the center and Catstye Cam sticking up to the left - White Side is just out of shot to the right. 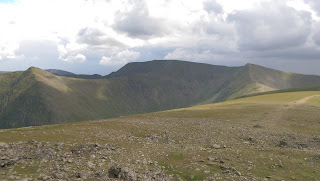 And finally we reached our destination, the top of White Side.  For a while I had been thinking that we could always carry on to Hellvelyn, after not having made it to the top on our honeymoon, and I suspect Caroline may have been thinking the same thing, since it seemed an obvious choice at this point! 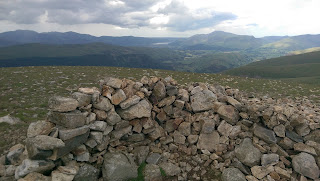 And so begun the walk up to Lower Man.  After reaching this point you really start to dislike the drop down before going back up to Helvellyn! 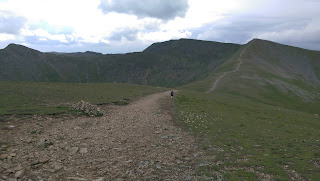 The weather closed in at this point, but approaching Lower Man we got great views looking along Swirral Edge going up to Catstye Cam to the left of this picture, Ullswater in the distance. 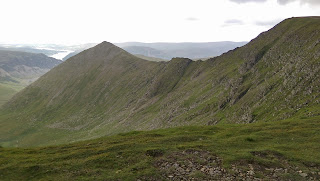 So after hours of walking, much serious climbing, finding that the sheep just are up here all the time does make you feel a little envious for the sheep... 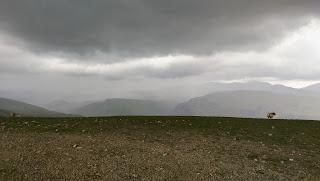 Occasionally the cloud cleared a little, giving glimpses of the Edges and the tarn below. 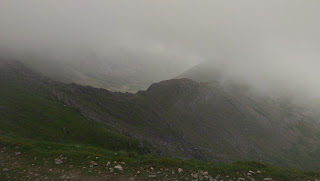 Caroline, on the other hand, was very glad to have made it this far! 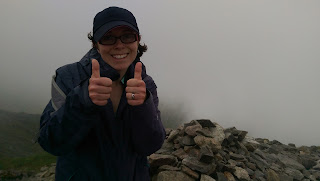 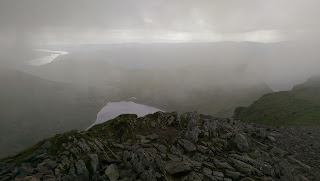 And so the long trek down began.  We lost the path at a couple of spots, including once at the top of a steep slope going down to the valley floor, which wasn't great.  It was also raining quite a bit by this point, enough that we got completely soaking and waterproofs became less so. 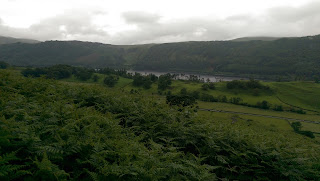 Still, the odd view was worth capturing.  I think that descent, especially after the length of the walk, broke both of us a little - legs and knees were quite sore.  Caroline also got a huge blister from her old boots - I'm pretty sure this was the last chance and they were binned fairly quickly afterwards. 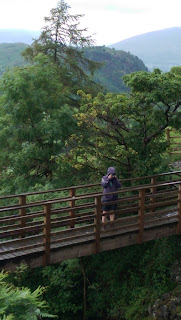