So let's be honest, this wasn't the kind of walk you would do if you weren't aiming for Wainwrights, but the nice thing about it is that you have an excuse to get out when there's not much view and experience more of the lakes.  So it's not all bad...

We drove down the lake for a mile or two, and parked by the side of the road near Greendale, for some reason there wasn't much competition for parking spaces. 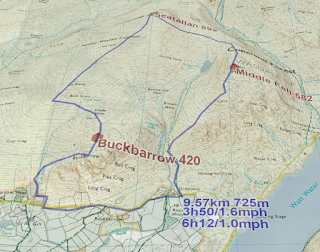 So this was the view and the terrain on the walk up to Middle Fell.  It was the kind of day you were glad to have access to a satnav - although you know the general idea is to climb upwards, feeling that your journey isn't wasted is a great idea.  I was attempting to get Isabelle more used to map reading and navigating, which worked for the most part.  I think looking at contour lines and working out whether it matches the little you can see is kind of hard. 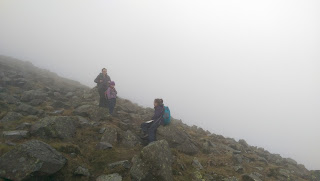 Still, we reached the top of Middle Fell, 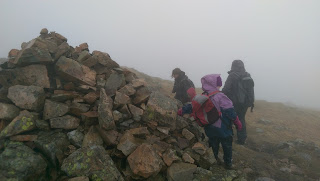 I distinctly remember the climb up to Seatallen as being very steep and fairly relentless, but there were big sections that had these step like features built into the hillside.  As ever the photo doesn't do it justice in how steep it felt, but Poppy kept her balance and we tried to teach her things like traversing up the slope rather than going straight up (as Evie is inclined to do). 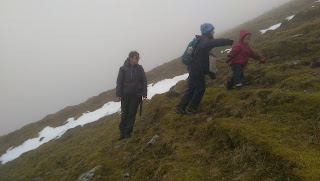 Finally we reached the top of Seatallen, where again the compass/satnav was invaluable for making sure we headed down in the right direction. 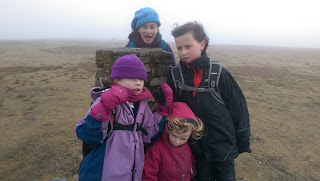 And finally we emerged out of the cloud to see Cat Bields poking up at the edge of this ridge, our route down before taking a left to Buckbarrow. 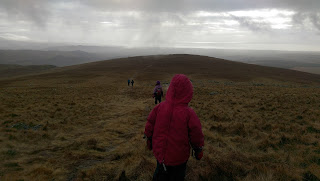 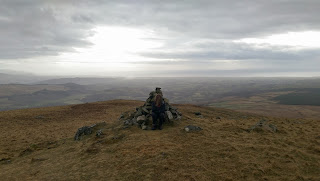 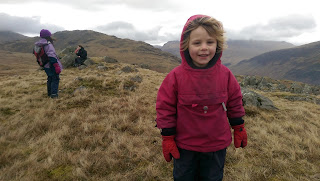 The way down was a little less certain. basically heading west to avoid the shear cliffs but not quite too far to get our feet too wet.  It was another occasion when you're happy to just keep getting downhill rather than spend too long looking for the path.  We finished off with a walk down the road back to the car park. 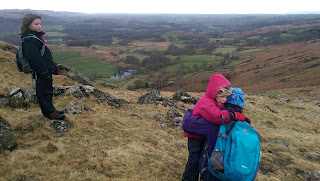