On the last day we picked out a likely looking lowish walk since the weather was pretty foul.  However we hadn't really considered what the ground would be like under foot, a fairly simple school boy error. 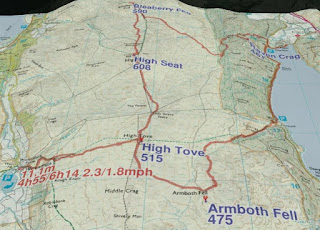 So we set off early to make sure we'd get a spot in the car park.  The minor road/track leading to the car park was quite interesting to drive, I suspect in a Land Rover it would be trivial...  It looks like we just about made it in time. 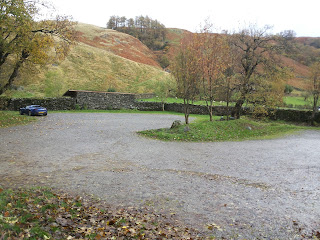 Climbing up, and looking back to the car.  It was dry inside the car. 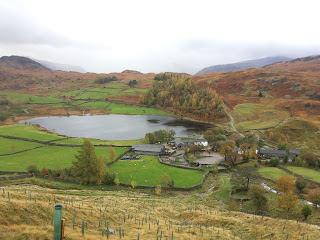 Up here, however, it was ever so slightly waterlogged. 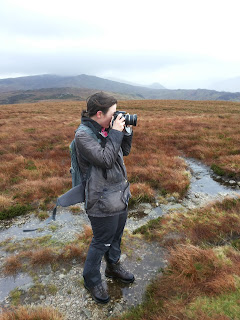 We thought this was Armboth Fell, but without GPS confirmation at the time we'd just gone a little short, so that's saved for another day. 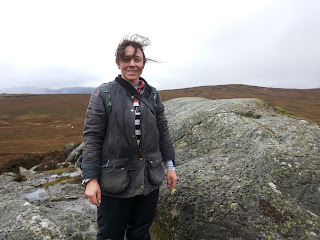 From here, we descended to Thirlmere, to walk along the lake before heading back up at the north end. 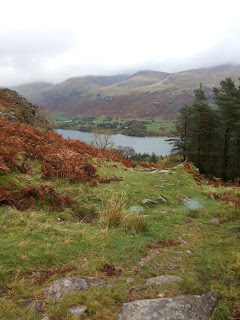 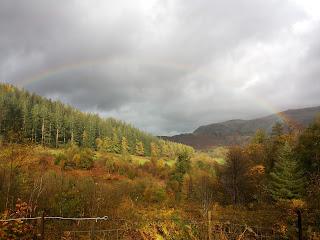 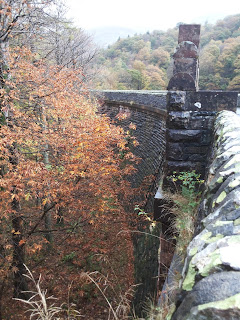 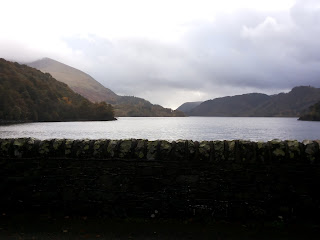 We climbed back up to Raven Crag, a fairly short but direct climb up. 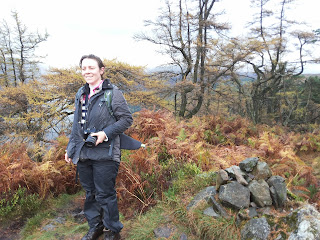 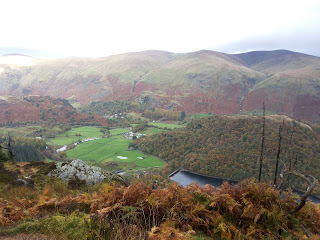 And from there to Bleaberry Fell, the north end of this ridge.  This is another fine example of the benefits of cairns for seeking shelter from horizontal hail. 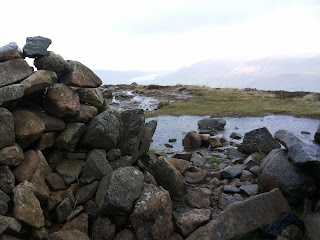 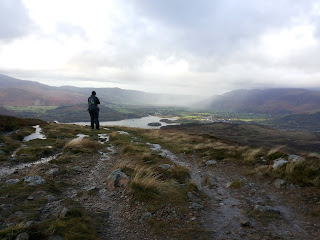 I have a sustaining memory of a long slog through waterlogged fell, where every step of the way I was testing just how waterproof my boots were.  Anyway, the end (or at least High Seat) eventually came in side. 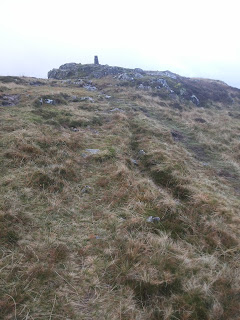 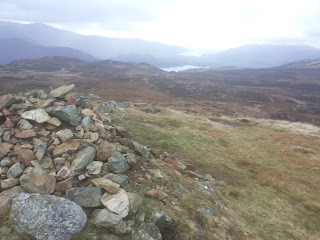 And from High Seat, back to High Tove where we had first come up to the ridge. 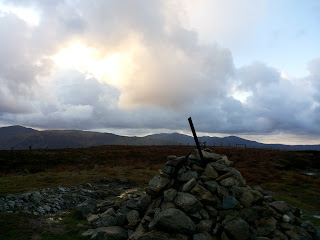 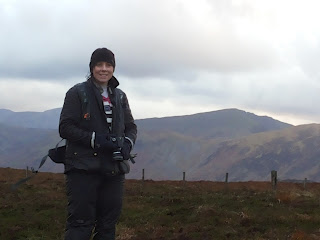 By this point we had the nice downhill to look forward to, before the drive back to Birmingham in the dark and rain.  At least we warmed up, and several days later had dried out as well! 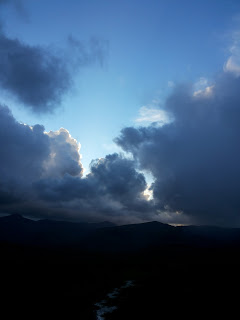