I cooked this for Jamie, my nephew, when he was in the UK summer 2011.  He was into Ben 10 so the request came through!  I didn't make any notes, so hopefully the pictures are enough. 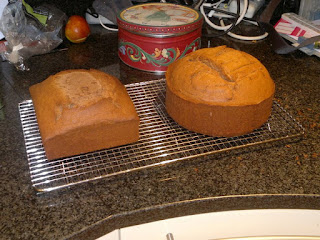 The next two show cutting the cake to size, thinking about where the arm comes across and cutting away to leave that standing out. 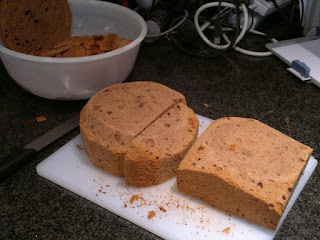 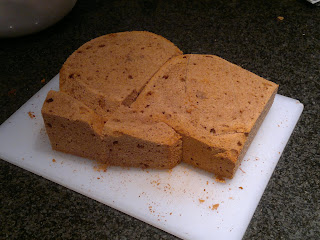 Slice in half, putting buttercream in the middle, then covering it all up. 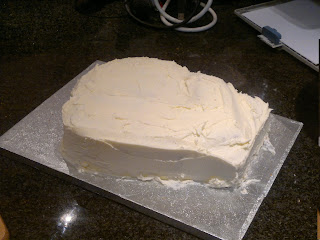 The pink and white didn't overlap, which was a bit of a pain where there wasn't the black sleeve end to hide the join.  Still, joining would have meant more fondant icing which doesn't make the cake taste great.  All the other shapes, brown/green/black were cut and glued on top.  I'm pretty sure that the only reason the watch circle looks darker was being wet, rather than the other black which had dried out. 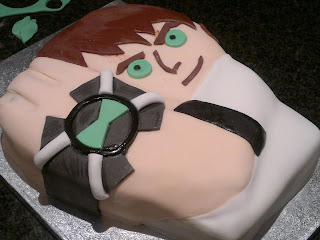