The next target for this week was really a walk we'd done before - leaving Ambleside and going to Wansfell Pike. Previously, before targeting Wainwrights, we'd made it to the top of the hill in the wind and returned, but this time we knew to continue on to get to the Wainwright of Baystones.

We once again parked at our favourite car park in Ambleside (where Caroline and I broke down on our honeymoon), and started up the Stockghyll Fall.  Reaching the top you leave the woods, turn left and there is a short stretch up a road before heading up the hill on the opposite side of the road.  Once on this path, the route to the top is only too obvious.

Quite stunning views as you climb up, looking down towards Windermere 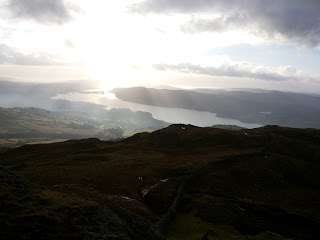 A rare picture of Caroline! 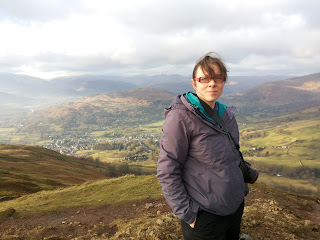 Grace and Poppy, hiding from the wind on the sheltered side near the top of Wansfell Pike.  The walk up had quite a few others making the same trip up from Ambleside, and quite a few people having lunch and admiring the view. 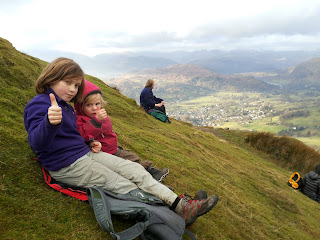 Our ultimate destination lay to the north east, where there were many fewer people. 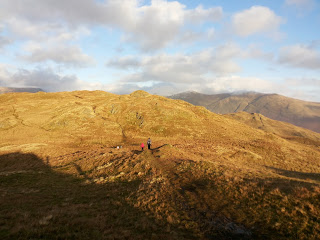 At this point I was mainly taking pictures to use as backgrounds on my computer.  It gets tricky as you need to think about where the icons go and what needs to go behind them... 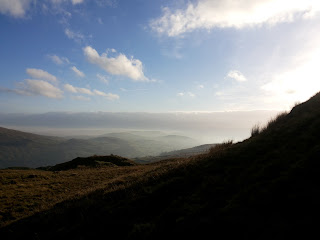 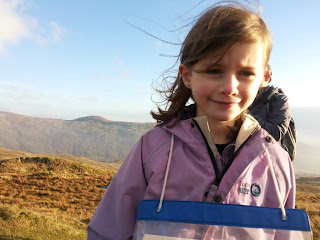 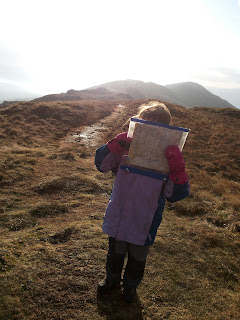 Still, we made it to Baystones, Poppy happily on the summit. 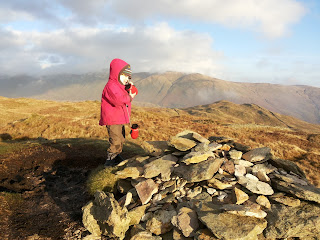 And returning by the same path, we once again get views down into Ambleside, with Loughrigg Fell rising up behind Ambleside and the thin sliver of Grasmere visible to the right. 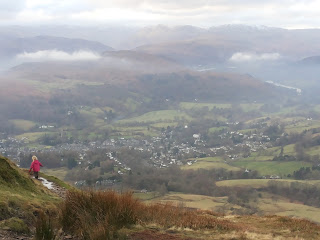