We set off from the large car park in Grasmere, aiming to test Poppy's climbing legs up Helm Crag.  It was definitely a test, but not really of that.  Here are the details: 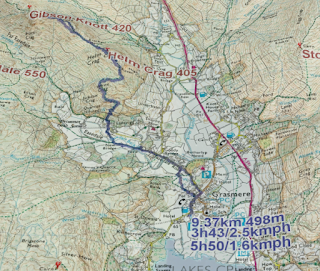 We followed the roads through Grasmere, then along Easdale Road.  By this point you get a very good view of Helm Crag rising up from across the flat valley, but despite this being the fairly obvious objective we were not letting on what we were planning - the thought of a climb is often worse than the actual climb itself.  Still, we fairly quickly started climbing up and got great views of the mist clearing off the valley floor. 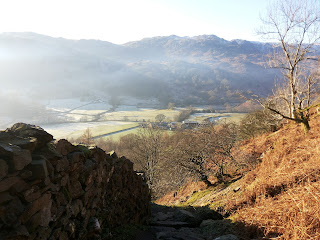 All the concern was about Poppy, but motivated by Isabelle and the challenge of beating people to the top, she was away and in the lead.  Evie on the other hand was taking it slowly, taking great delight in announcing to the world that she was at the top, and it was time to go back to the car!  By dint of a large amount of persuasion, I managed to convince her that she should only announce this after every 20 steps.  So she did.  Every twenty steps.  All the way to the top... 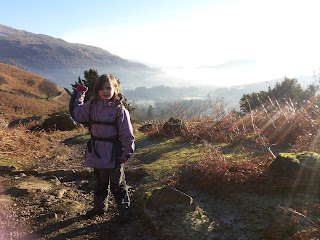 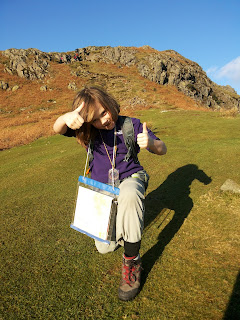 Quite a nice view for a picnic, after the majority of the climbing was over, and Helm Crag was reached - Poppy was the first to the top. 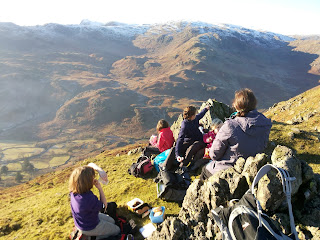 We then walked along the ridge to where we thought Gibson Knott was, but not having the GPS way points marked we missed it by about 100m, it's about the next bulge along the ridge.  Slightly annoying to discover this when going back through the GPS logs, but too big a miss for a gimmie. 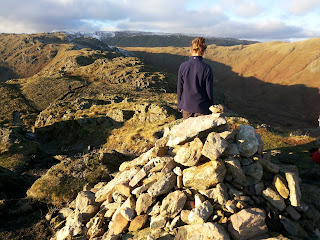 Poppy investigating the cairn.  I'd love to say that she was contributing to it, but looking at the previous picture I'm not convinced.  The Helvellyn range is in the background. 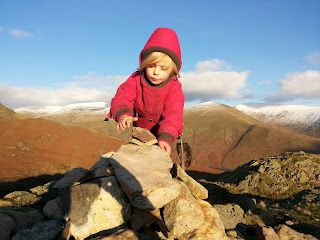 Looking back down towards Grasmere with the winter afternoon low sun. 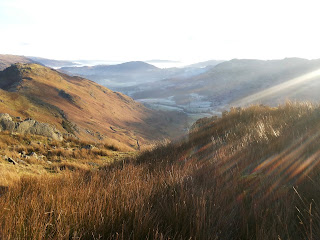 A few more pictures of the descent down back to Grasmere. 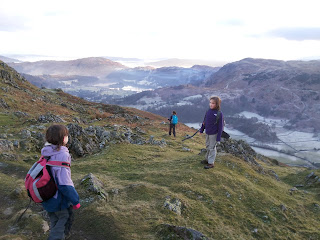 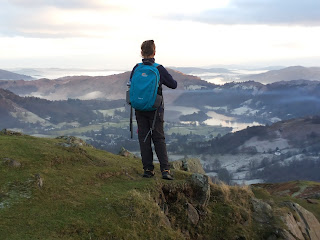 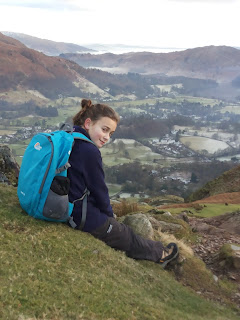