The previous day involved a walk around Tarn Howes, I have a feeling it was then that the girls were playing on a tree stump and Grace managed to jump onto Evie - it turned out nothing was actually damaged, but for a while the bickering had a focus...

We'd planned a walk from Hawkshead, nothing too high or long, 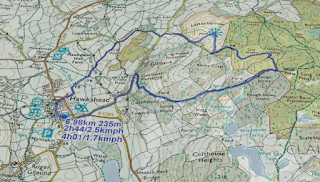 Heading up the path, progress was sometimes slow.  Evie at the vanguard was suspected of slowing the pace. 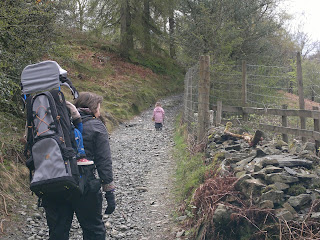 Still, this meant that Poppy got to do some walking, helped by Grace and Isabelle. 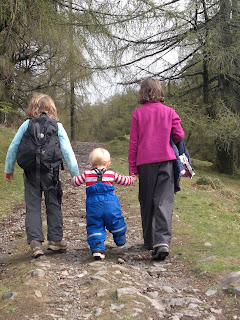 Sticks featured large on this walk, the carrying of, the breaking of, the fighting over, and (most of all) pretending to be dogs and needing to fetch them. 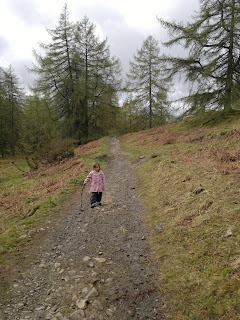 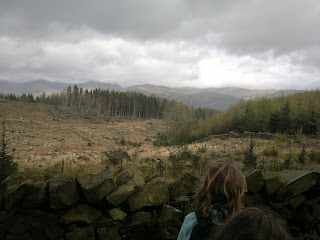 The views from the top.  It's only an outlying Wainwright, rather than a full one, but still worth the effort. 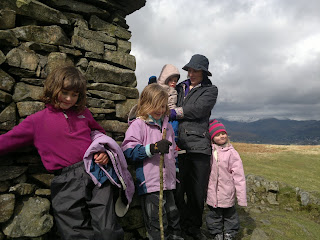 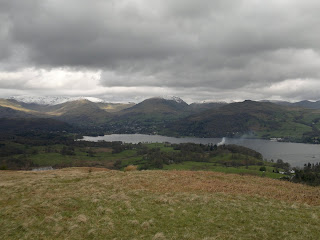