Time for another low level walk, but quite long and beautiful.  I really like the circular nature of this one, there is a sense where you have to commit to the distance, rather than knowing you can just turn back at any time and retrace your steps.

We parked in the car park in Elterwater, right next to the River Braythay, and started walking along the path next to the river.  This gets to Skelwith Bridge, at which point we track west until Slater Bridge, before turning north and back towards Elterwater.

A great chance for Poppy to stretch her legs for a bit, and some great puddles to aim for. 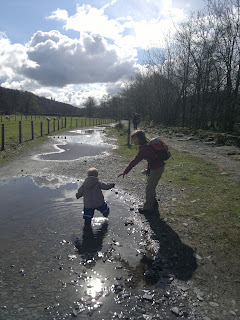 It was spring, and the sheep & lambs were out in force, and frolicking merrily.  At one point, two of them got quite friendly, starting discussions of animal husbandry. 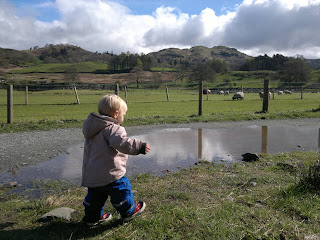 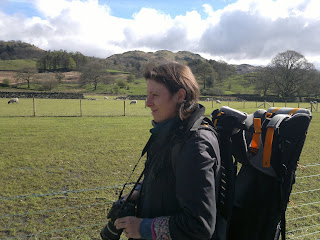 View looking back towards the Langdales. 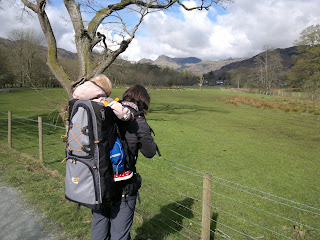 Further along the River Brathay there was a great chance for posed photos. 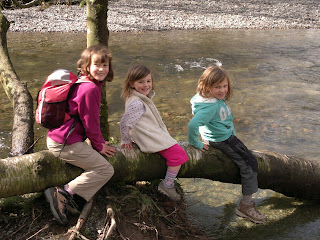 As in previous walks sticks, and the uses of, feature heavily. 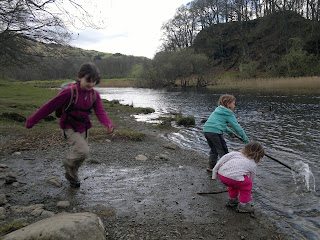 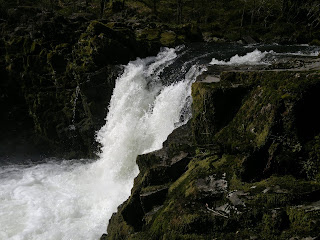 This was on the southern leg of the journey, and Evie was struggling for motivation.  Despite telling her that she would walk quicker if she wasn't checking every gap in the stone wall to see if her stick would fit in, she persisted. 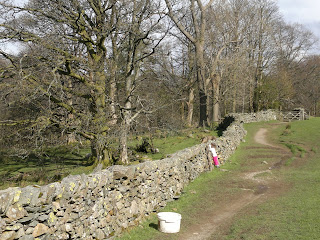 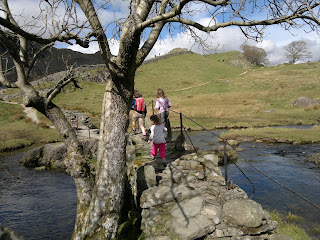 At this point the kids were fairly happy to learn that we would be skirting around the bottom of this, rather than climbing to the top. 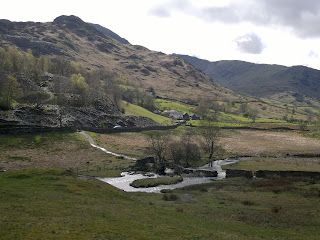 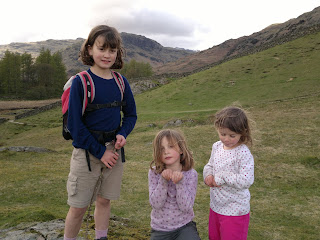 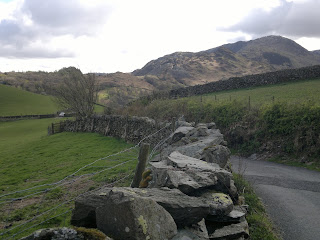 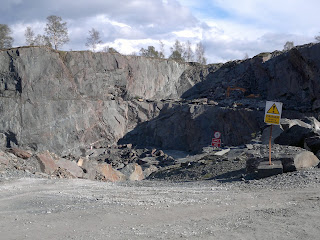