This is a walk I'd been hoping to do for a while, too long for the kids for now, but just about in reach of the Duck.  The car park was as small as expected, with only around 6 spaces, however arriving around 10am was ideal - not too early a start (ie we got in our awesome breakfast first), only a couple of cars already parked, but a few more arriving over the next 30min or so.  Some websites talk about a farmers field that is sometimes open for parking, this was definitely closed for our trip...


Followed the fairly obvious route from Kentmere going clockwise.  We didn't extend and do Sallows as well, but we did want to try and visit Thornthwaite Crag in better conditions than the day before, and we made sure we didn't miss out High Street since we had the time. 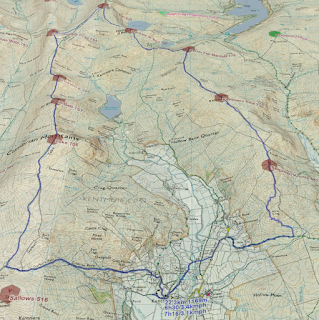 The view south as we set off on the gentle uphill. 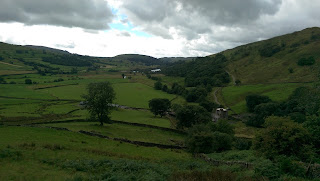 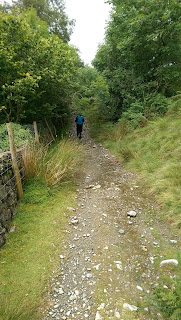 The view from the top of Yoke.  We got to the top of the ridge, and then started walking up in the clouds, by the time we'd reached the top there wasn't much to see... 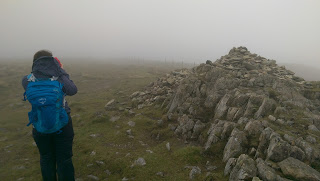 10 minutes later, the slight drop before climbing to Ill Bell was enough to get the view again! 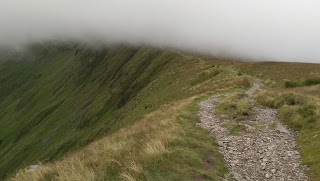 However, once up to Ill Bell,  we were back into the clouds. 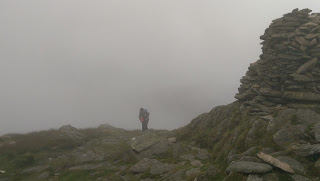 Sticking around at the top for long enough meant we got occasional views down, here looking back to Yoke with Windermere in the distance. 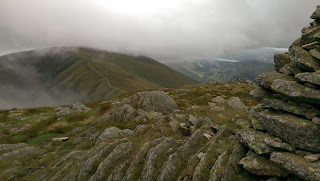 Now at Froswick, and the very appealing view of Thornthwaite Crag in the distance - clear at the top over there, if we just get there before the next clouds get blown overhead. 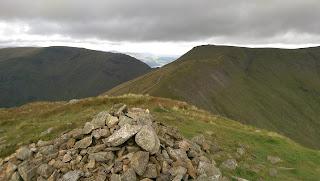 From Froswick, looking down towards Kentmere and the obviously depleted Kentmere Reservoir. 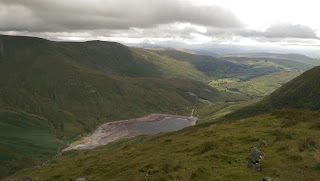 Up to Thornthwaite Crag, with a great view back down towards Windermere.  The weather was definitely clearing up. 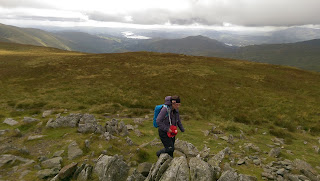 The slightly less impressive view north, towards the walk from the day before. 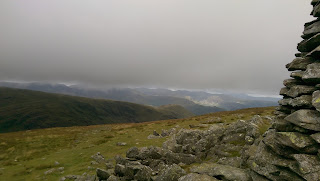 Taken from the saddle point on the way to High Street, looking north at Hayeswater. 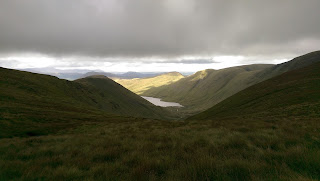 Now up at High Street.  I'm generally pretty impressed with the views from most Wainwrights, this was a little underwhelming for me...  We did meet with a few walkers doing the walk the other way around, and compared notes about what was coming next. 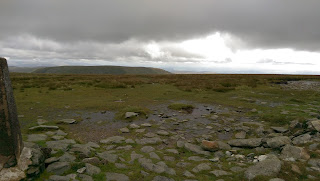 Again from  High Street, the wall showing the way towards The Knott, not, however, the way we were going. 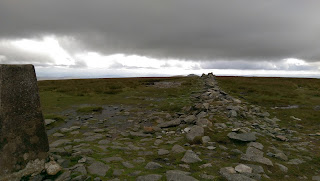 At Mardale Ill Bell, looking towards the fairly large dip and climb back up to Harter Fell, with a few more people doing the same walk the other way around. 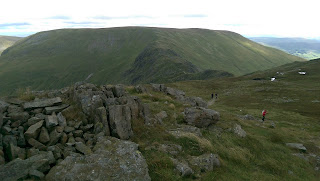 From the bottom of the dip, looking south at Kentmere Reservoir.  This shows the first few peaks of the walk on the far side of the reservoir. 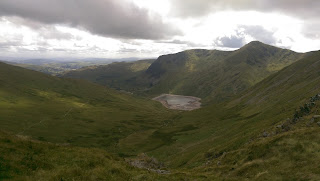 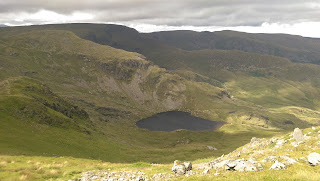 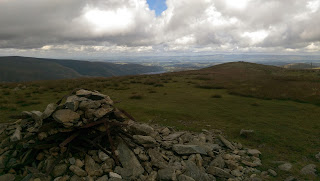 Again from Harter Fell, this time looking at the far ridge which was the start of the walk.  Quite revealing, especially since we'd not seen much of it when we were there... 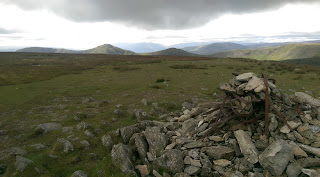 Finally at Kentmere Pike we really could claim to be walking in the sunshine!  This marks the Wainwright peak. 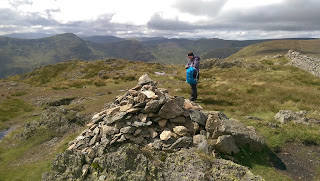 And just a hop over the wall is the official Hewitt.  The completest in me makes sure that we make it to both! 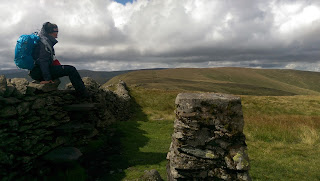 Last peak of the day, at Shipman Knotts.  The walk took us through the undulations ahead, and we did slightly lose the official foot path at times.  Still, we made it back down safely. 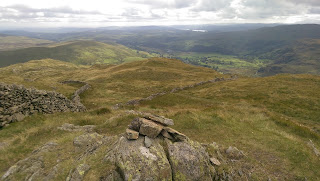 Back down to the valley floor, looking back north towards the walk we had completed. 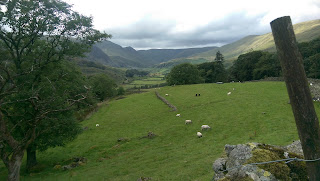